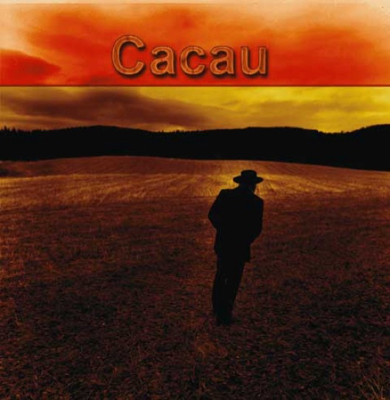 Cristina and Claudio Latini are a musical couple from Brazil. Claudio is a composer, singer and guitar player. Cristina writes the lyrics and sing. They have lived in Norway since 1982. During this time they have performed and toured with many of Norways leading musicians. The have released the following records and CDs: Sol e Cachaça (1988), Cor de Dendê (1990), Anjos do Brasil (1994), Mala e Cuia (1998), Colection: «Sol e Cachaça» and Cor de Dendê » (2001)

Svein Hansen is a composer and musician and have been active since 1960. His main instrument is flute, but he also plays guitar, bass, keyboard, harmonica trumpet and percussion. He was member of many groups with various styles like: Blues, rhythm’n’ blues, Argentinian folk/jazz, African and Norwegian folk music. He is also member of the pop group: 3-11 PORTER that released a new CD this year: Nurse Me (Nordic Records NRCD 00004).

The lyrics of Cacau are a mixture of different stories from Brazils daily life, religion, culture, politic, football, love, mixture of races and history. All the lyrics are sung in Portuguese and translated to
English in the CD-book.

202 millions of Brazilians sing all over their country, a territory of 8,5 mill. km2,. And because this country is so rich and varied, both geographically and humanly, the Brazilian music became also very rich and difficult to bescribe. We can try to taste part of this musical variety, but it is impossible to reach it all.

Fusion has always been an essential element of popular music, the fresh blood that renews and enriches the recent history of Brazilian music.